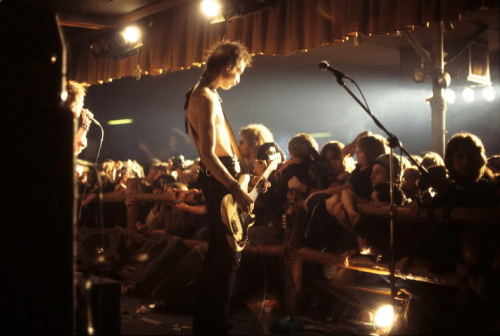 “The most wonderful memory I have of Sid was as a member of the audience—before he joined the band…I remember seeing him at a Clash gig. These drunk guys in the audience were hurling big beer glasses at the band…Out from behind the stage came this figure, Sid. Suddenly, he ran as fast as he could from behind the drums, jumped from the stage, flew through the air and landed in the audience, on top of these guys, flailing away. It was like a kamikaze run because there was about ten of these big fat beer drinkers. You knew Sid was going to get beaten to shit. But he didn’t care. That was his strength. He was fearless with this total belief that gave him a strange power.” - Julien Temple